Matthew trained at the Royal Central School of Speech and Drama, London and the Royal Birmingham Conservatoire.

During 2020, Matthew was delighted to be a part of the Pitlochry Festival Theatre repertory company collaborating on new writing and producing theatre work online.

In 2002, Matthew performed in a private solo concert for Her Majesty the Queen as part of her Golden Jubilee Celebrations.

Matthew is delighted to be joining the cast of Amélie and would like to thank his wonderful agent, family, and friends for their ongoing support.

Back to Cast & Creatives 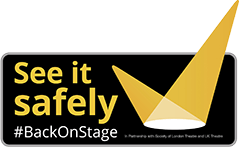